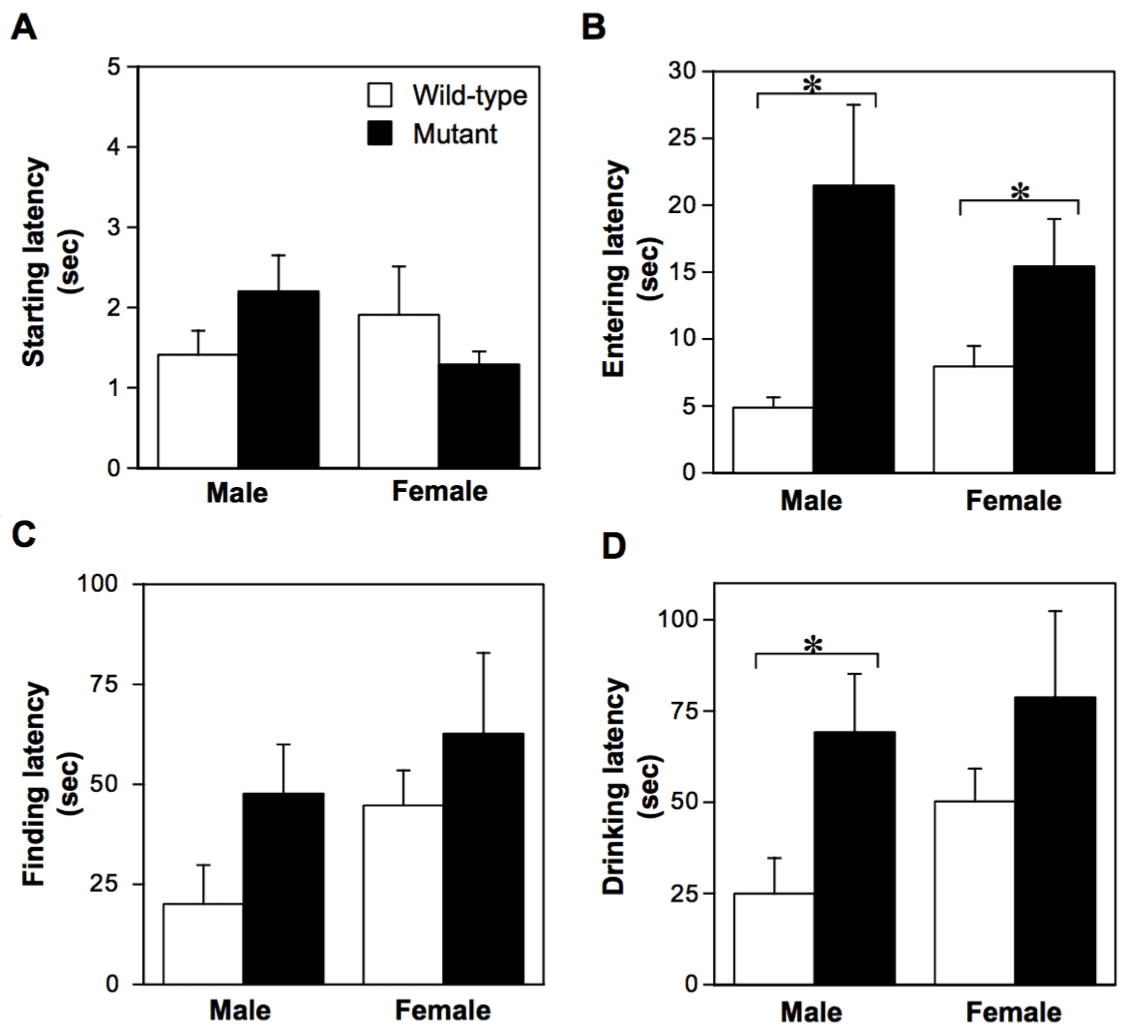 While the exact aetiology of Alzheimer’s disease (AD) is unknown, distinct genetic mutations have been identified for the rare cases of familial AD (FAD). V642I mutation in amyloid precursor protein (APP) co-segregates with FAD with perfect penetration, and the clinicopathological characteristics of patients with this mutation resemble that of sporadic AD. To examine the pathogenic process of this FAD-linked trait in vivo, we produced a mouse with the corresponding point mutation in the APP gene using homologous recombination and Cre-loxP site-specific recombination (‘knock-in’ technique). Mice with the heterozygous V642I-APP allele most precisely reflected the genotype of humans bearing this mutation. For the observation period of 2.5 years the mutants stayed apparently indistinguishable from the wild-type littermates. However, behavioural analysis revealed significantly deteriorated long-term memory in mutants when examined for the retention of spatial attention. Interestingly, acquisition of spatial memory was slightly affected but short-term working memory was not deteriorated at all. Histological examination was negative for formation of neuritic plaques or neurofibrillary tangles, whereas the relative amount of longer form of β-amyloid species Aβ42(43) was significantly increased against that of the shorter form (Aβ40) in the mutant brain homogenates. We conclude that a V642I-APP mutant allele in aged mice confers functional components, but not organic components, of the AD-related phenotype that are observed in the early stage of AD. This V642I-APP knock-in mutant line may serve as a model to study the early pathogenic processes of AD in vivo and to develop therapeutics for this stage.