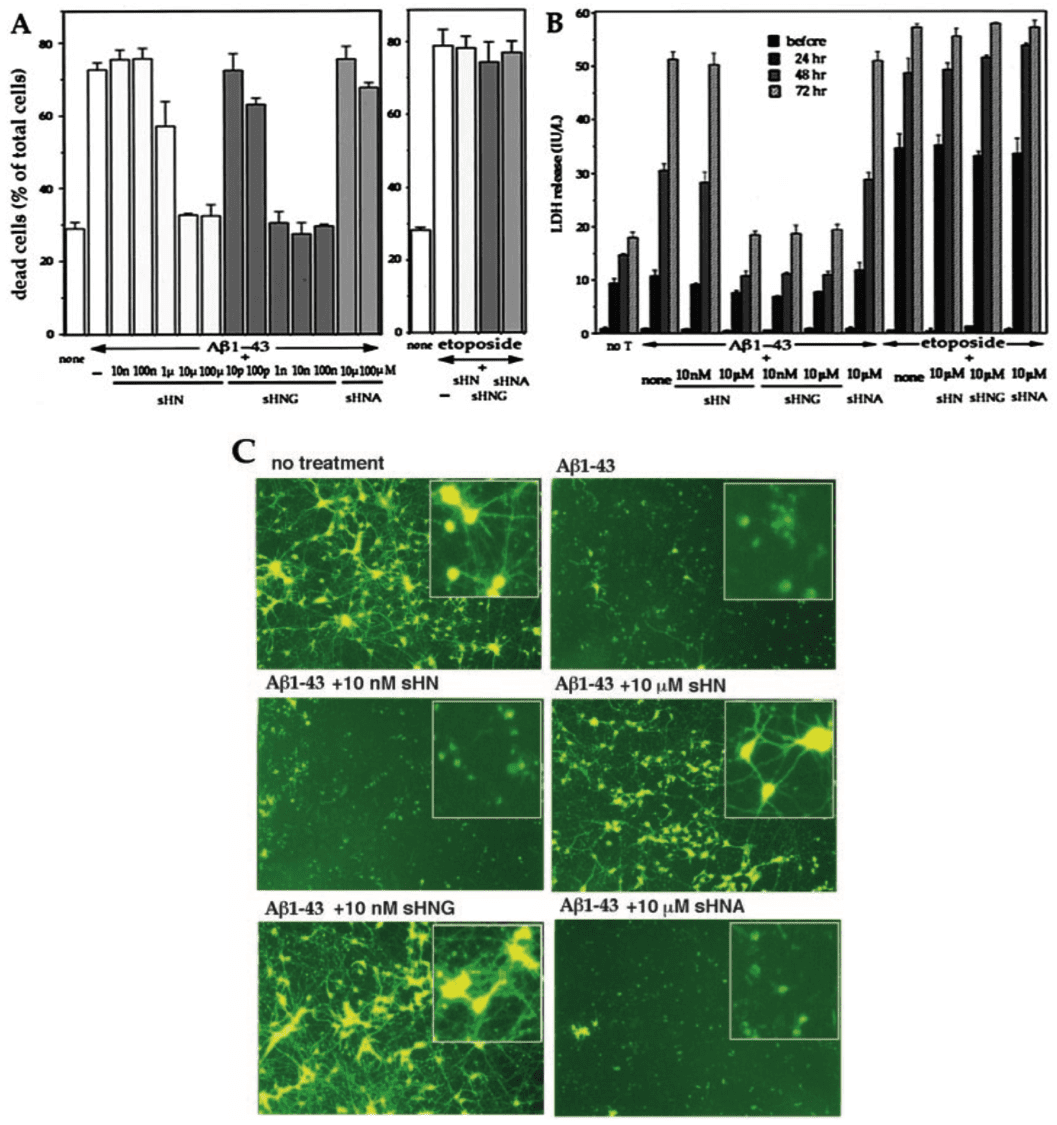 Through functional expression screening, we identified a gene, designated Humanin (HN) cDNA, which encodes a short polypeptide and abolishes death of neuronal cells caused by multiple different types of familial Alzheimer’s disease genes and by Aβ amyloid, without effect on death by Q79 or superoxide dismutase-1 mutants. Transfected HN cDNA was transcribed to the corresponding polypeptide and then was secreted into the cultured medium. The rescue action clearly depended on the primary structure of HN. This polypeptide would serve as a molecular clue for the development of new therapeutics for Alzheimer’s disease targeting neuroprotection.