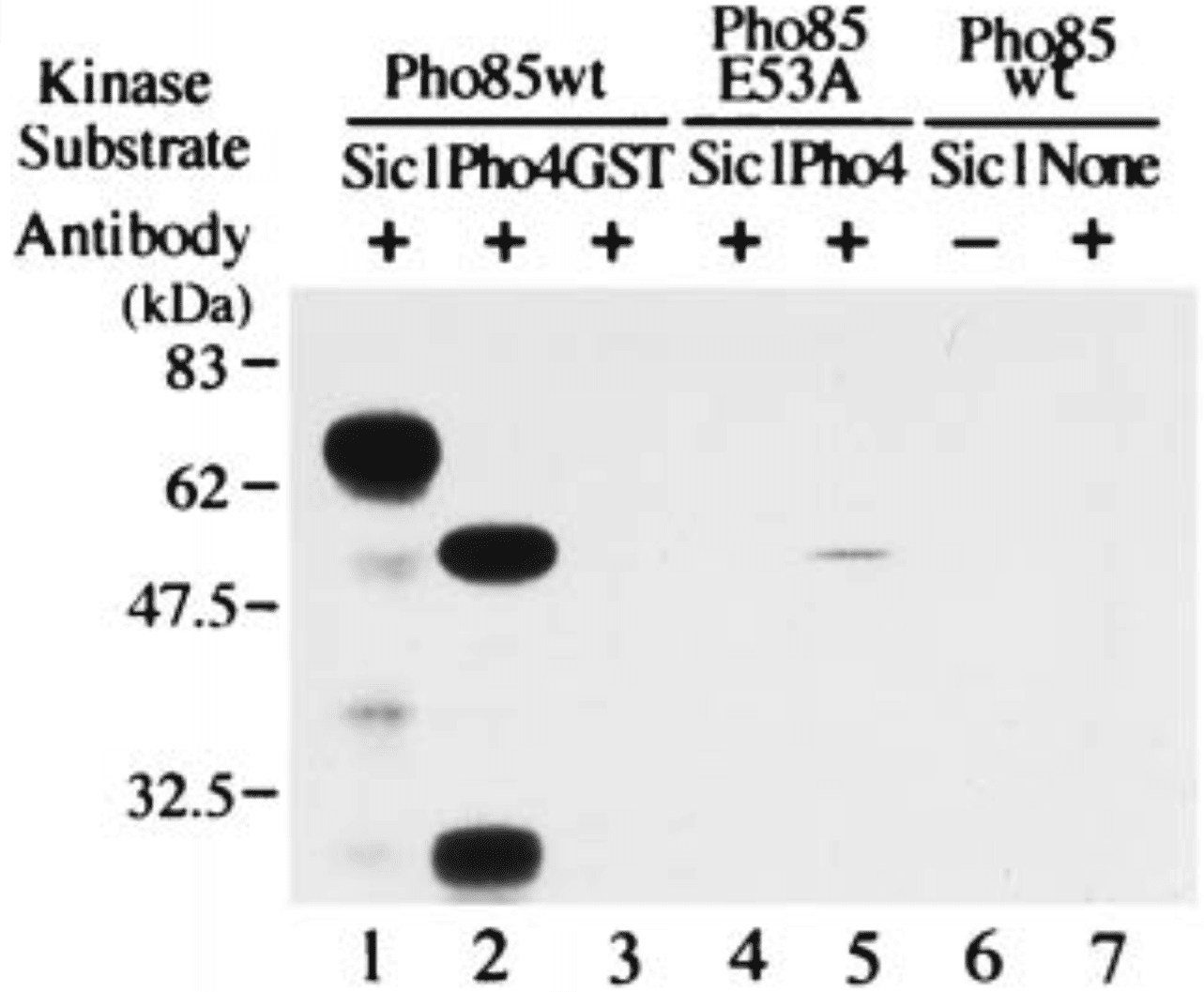 In the yeast Saccharomyces cerevisiae, Sic1, an inhibitor of Clb-Cdc28 kinases, must be phosphorylated and degraded in G1 for cells to initiate DNA replication, and Cln-Cdc28 kinase appears to be primarily responsible for phosphorylation of Sic1. The Pho85 kinase is a yeast cyclin-dependent kinase (Cdk), which is not essential for cell growth unless both CLN1 and CLN2 are absent. We demonstrate that Pho85, when complexed with Pcl1, a G1 cyclin homologue, can phosphorylate Sic1 in vitro, and that Sic1 appears to be more stable in pho85Δ cells. Three consensus Cdk phosphorylation sites present in Sic1 are phosphorylated in vivo, and two of them are required for prompt degradation of the inhibitor. Pho85 and other G1 Cdks appear to phosphorylate Sic1 at different sites in vivo. Thus at least two distinct Cdks can participate in phosphorylation of Sic1 and may therefore regulate progression through G1.